These lawsuits demand that the employer, either past or present, to pay the employee back unpaid wages for overtime hours that were worked but paid. Unpaid overtime lawsuits also seek payment of the attorney’s fees and expenses incurred in pursuing legal action.

Overtime is the amount of time an employee works beyond normal working hours. The Fair Labor Standards Act (FLSA) establishes a standard work week of no more than 40 hours per week for most employees.

The federal law requires payment for time worked beyond 40 hours a week at a rate of no less than one and one-half times their regular rate of pay. Most workers, included many salaried workers, are eligible to receive paid overtime.

Employers who violate overtime pay laws can be sued by the employee for the unpaid time. Many of these cases are filed as class action lawsuits by a large number of employees against the same employer.

An employer cannot retaliate an employee, like firing or disciplining the worker, if the employee files a lawsuit for unpaid wages. If there is retaliation, the employer may face additional charges in a civil lawsuit for wrongful termination. A U.S. District Court in Connecticut recently accepted a settlement between a Hartford-area restaurant and the Labor Department to resolve claims the company failed to pay workers for all their hours of work, particularly overtime, and other violations of federal wage laws. Federal Jury Sides with IT Workers in Unpaid Overtime Lawsuit

A federal jury in Connecticut recently handed down a verdict siding with over 1,000 current and former workers who filed an unpaid overtime lawsuit against their employer, arguing the company intentionally violated state and national wage laws governing overtime. 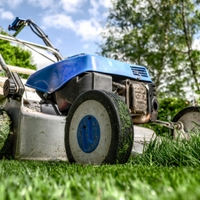 PHILADELPHIA, PA — Hundreds of landscapers in an unpaid overtime collective action lawsuit recently secured a substantial $4.8 million settlement to resolve claims with their former employer over allegations that the defendant failed to pay overtime and other wages under federal labor laws. HARTFORD — The Connecticut state Supreme Court recently handed down a significant ruling striking down the so-called “fluctuating workweek” under the federal overtime pay system that many retailers push on sales persons paid on a commission basis.

HARTFORD — Two former Waterbury, Connecticut hospitals recently filed a proposed federal class action lawsuit against their previous employers over allegations the health care providers failed to pay the plaintiffs and others for all their due wages, including overtime pay.

Read All Connecticut News on Overtime Pay Cases and Settlements

An unpaid overtime pay lawsuit is generally filed in the federal court or state circuit county court where the employer is located.

In many cases, a large employer may have a number of offices, factories, hospitals, or warehouses throughout the State of Connecticut. In these situations, the lawsuit is usually filed in the county in which the employee worked at the time that overtime wages were not being paid.

Federal court cases are filed at a specific district court in each state.

The Federal Courts in Connecticut are located in New Haven, Hartford, and Bridgeport.

Most class action lawsuits (“collective action”) are filed in the federal courts.

In some circumstances, a case may be filed in the county circuit court. The circuit county filing requirements often vary in each circuit court county courthouse throughout the state of Connecticut.

The compensation sought in an Connecticut overtime pay lawsuit is money for the unpaid overtime wages owed by the employer to the employee.

Successful claims under the FLSA can date back several years before the filing of the lawsuit. In many cases, the employee can received double the amount of back pay. Liquidated damages may also be allowed and many courts award the employee attorney’s fees, litigation expenses, and interest.

You probably have questions about the overtime pay lawsuits in Connecticut. Our legal team will answer all of your questions and concerns, including:

How To File Your Connecticut Overtime Pay Lawsuit

Our experienced team of attorneys will carefully evaluate your work situation and determine if you are owed back overtime pay from your employer. There are strict time deadlines and if you miss a deadline your case will be lost forever.

To file your Connecticut overtime lawsuit, you should contact our experienced attorneys now at (855) 754-2795 for a Free, No Obligation Case Review.

You can also complete the Free Unpaid Overtime Case Review box on this page and an attorney will contact you shortly to explain your legal rights to you.